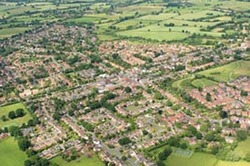 Balsall Common is situated on the A452, which runs from Leamington Spa, Warwickshire to Brownhills, Staffordshire and provides a major route to the M6 motorway.

The name Balsall comes from the Anglo-Saxon word Baelle, meaning corner or angle of land, and Heale, meaning a sheltered place. Balsall Common lies on a flat site in gently undulating country on the watershed between streams draining into the River Teme and the River Trent in the north and the River Avon and the River Severn to the south. The underlying rock is keuper marl, giving a heavy, wet clay soil.

Balsall Common was of little significance until the 19th century, consisting of heathland without the main roads we know today. In the mid-19th century, there were a couple of hamlets, Balsall Street and Catchems Corner, of about 6-12 houses each and a few scattered cottages. Prior to the development and growth of Balsall Common as the focal point, references to Balsall generally refer to Temple Balsall, previously a much more important area than the quiet hamlet of today. 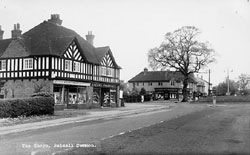 The minutes of Balsall Parish Council give an insight into local issues and events since the parish council was established in 1894.

The growth of Balsall Common owes much to the development of turnpike roads, situated as it is at the junction of two such turnpiked roads - the road from Kenilworth to Stonebridge (A452) and the road from Coventry to Knowle (B4101).

Ribbon development started to link up the earlier scattered development of the village in the 1930s but the bulk of Balsall Common's development is post-war. 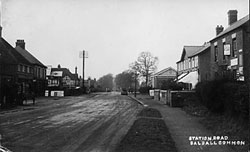 The arrival of the railway in 1838 and the opening of Berkswell Station in 1853 do not initially seem to have had much impact on the expansion of the village.

However, by the time of the Balsall Common Village Plan in 1966, the convenience of its rail links with Birmingham and Coventry, as well as its road links, was noted as a reason for the village's expansion as a dormitory town for those working in Coventry and, to some extent, Birmingham. The Village Plan estimates that at the time (1966) between 200-250 passengers used the station each day, catching one of the 20 daily trains stopping in each direction.

In 1987, British Coal applied to create a deep mine at Hawkhurst Moor, on the boundary between Balsall Common and Coventry. There was much local opposition and a public inquiry in 1989 rejected the plan.

Berkswell Windmill, also known as Balsall Windmill, was built in 1826 on the site of a former post mill dating from 1706 and is the most complete tower mill in the Midlands. The mill was used for grinding corn until as recently as 1948. It was powered by wind until 1927 when it became diesel-powered.

In 1971 it was purchased by George Field who restored it to its original condition during 1973-5. Following his death, the mill fell into decline once more and was purchased by new owners in 2004. Following huge restoration and support from English Heritage, the sails began to turn again in 2014. Berkswell Windmill is usually open to the public on one day per month from Easter to October - see their Facebook page for further details. 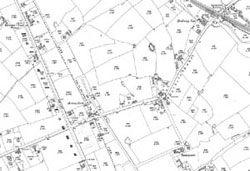 Select the image to view a larger map in PDF

Balsall Common Library - for library resources, information and historic Ordnance Survey maps of Balsall Common on CD-ROM. Also free, internet-access PCs, where you can make use of the Ancestry website free of charge to research your family history.

The history and development of Balsall Common, by Catherine Quinn, 1986

Check the online catalogue to see if the above books on Balsall Common are available at your local Solihull library.

Let us know your memories of Balsall Common, however recent, by completing a memory sheet.