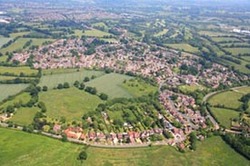 Cheswick is first recorded in 1250 as Chesewic, meaning a cheese farm or minor settlement.

Cheswick Green was a planned development during the 1970's, the aim was to create a traditional English village with modern amenities.

Cheswick Green now has it's own Parish Council.

Cheswick Green was once the site of an early Saxon settlement that was fortified against marauding robbers.

In approximately 1904, the land was acquired by Mr Phillip Baker, a well-known Birmingham lawyer, who developed it as Mount Cottage Farm pleasure ground. He had refreshment rooms and a ballroom built, gardens were laid out and a maze constructed. 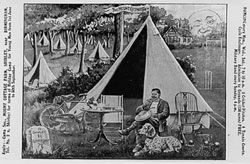 For a time it was successful but vandalism was a problem and the advent of the First World War finally brought to end The Mount's time as a pleasure resort.

In 1916 the land was divided up and sold for £75 per lot (each lot being about 2000 square yards). Purchasers were encouraged to cultivate the land and help the nation by producing foodstuffs. Many people built weekend bungalows; others built more substantial homes for permanent residence.

During the Second World War many people were bombed out and went to live in their weekend homes. These eventually became permanent homes but without the infrastructure of street lighting, mains water and sewage. Plans were made for the area to be redeveloped for council housing but boundaries changed the local council and residents subsequently formed a strong Residents' Association, averting compulsory purchase.

Excavations at The Mount 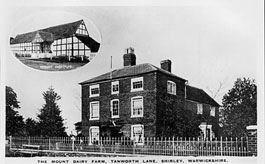 In 1953 there was an excavation by T L Jones of the Ministry of Public Building and Works of the site at The Mount. The site consisted of an irregular area of just over an acre, surrounded by a bank and a water-filled moat.

Jones discovered 13th-century pottery shards and concluded that occupation of the site probably began at the end of the 12th-century. He was unable to excavate the ditch owing to the height of the water level.

Let us know your memories of Cheswick Green, however recent, by completing a memory sheet.