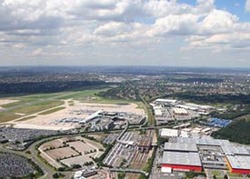 Marston Green was originally part of the manor of Merestone, mentioned in 1086, which seems to have been divided in the 12th century.

Both of the new manors eventually adopted the name of their lord in order to distinguish between them - thus, Marston Culy and Wavers Marston.

The de Culy family first appeared at Marston Culy in about 1248, becoming extinct a century later when the manor passed to Sir Fouk de Birmingham. The Wavers family held the manor of Wavers Marston from the end of the 12th century until 1476.

Marston Culy had assumed the name Marston Green by 1830.

Prior to becoming part of the Solihull Metropolitan Borough in 1974, Marston Green was part of the Meriden Rural District and was administered from council offices in Coleshill.

Marston Green was part of Bickenhill parish until 1928 when it was separated and united with the parish of St Giles at Sheldon.

Marston Green chapel was built in the 19th century as a Wesleyan chapel. The site was acquired by Digby family who built their own private chapel and encouraged villagers to use it to save them the long walk to Bickenhill. The chapel was given to the Anglican Church in 1922 but eventually fell into disrepair after the new church of St Leonard's was consecrated in 1938 and it was demolished in 1961.

The coming of the London to Birmingham Railway initially seems to have had little effect on the agricultural village of Marston Green. There is a station at Marston Green on the L.M.S. Railway, opened on 9 April 1838 as part of the London and Birmingham Railway. The line today is part of the West Coast Mainline from London Euston. In 1850, there were still only 6 farms and 70 other dwellings. Prospect Villas, erected in Elmdon Road about 1870 are cited by Victor Skipp as being the first buildings not directly connected with the agricultural life of the community.

It was not until the inter-war years of the 1920s that the village began to grow into a populous suburb. During this time private housing extended along Elmdon Road, Elmdon Lane, Chelmsley Lane and Holly Lane. 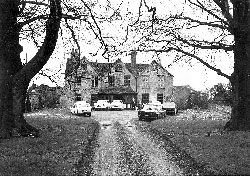 During the Second World War, the Metropolitan Cammell works in Bickenhill Lane manufactured aircraft. A wide, long runway was constructed in front of Marston Hall to transport the aircraft from the factory to the main runway at Elmdon Airport.

A 9-hole golf course was laid out at Marston Green in 1938 by J H Taylor and F G Hawtree, founders of the National Association of Public Golf Courses. The course was extended to 18 holes in 1948 but reduced again to 9 in 1969 as holes were ploughed up to accommodate the airport expansion. The course finally closed in the late 1970s, a new course having been opened in 1969 at Hatchford Brook, on the other side of the airport. 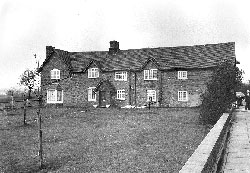 Situated close to Marston Green station, this was one of the principal farms in the area and headquarters of the Home Guard during the Second World War. It later became the Club House at the Marston Green Golf Course prior to its eventual demolition in the 1970s to make way for an extension to the runway at the airport.

From Domesday to Millennium: Marston Green by Graham E Crawford, 2001

Check the online catalogue to see if the above books on Marston Green are available at your local Solihull library.

Let us know your memories of Marston Green, however recent, by completing a memory sheet attached below.