Tell us about flooding and how we respond to a flood.

If you have a flooding emergency call West Midlands Fire Service on 999 or 112.

During flooding you should focus on the safety of yourself and others and make sure to stay out of floodwater.

You can find advice at the Coventry, Solihull and Warwickshire Prepared website. 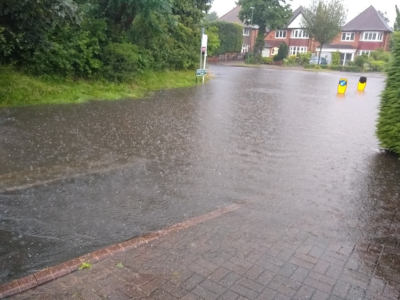 If flooding is from:

For all other types of flooding (groundwater, surface water and flooding from small watercourses) please call 0121 704 8004.

If you have a general enquiry about flood risk and drainage you can email us at drainage@solihull.gov.uk.

Our roles and responsibilities

We are the Lead Local Flood Authority (LLFA) for the borough and a such we are responsible for co-ordinating flood risk management across the area in partnership with local authorities and organisations. 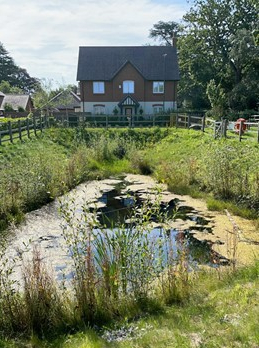 We are required to:

The role of other partner organisations

As LLFA, we work with a number of other Risk Management Authorities (RMAs) to manage flooding across Solihull.

We are responsible for fixing drainage and flooding issues on highways and roads, including blocked drains and gullies on the roads.

Flooded gullies are often caused by overflowing sewers that should be reported to Seven Trent.

Ditches alongside roads are normally the responsibility of neighbouring landowners.

Call 0121 704 8000 to report flooding on a highway, including blocked drains and gullies on roads.

Severn Trent Water manage flooding and the flood risk from public sewers and water mains across Solihull. This includes making sure they can maintain essential water supply and sewerage services during a flood. They may also be responsible for removing surface water from your property for treatment using public sewers.

The Environment Agency is responsible for flood risk management activities on main rivers within Solihull (the River Blythe and River Cole in the north of the borough), for regulating reservoir safety, and providing flood warnings.

National Highways manage drainage on the:

Landowners of any kind have a responsibility to prevent flooding from their land.

Land owners are responsible for any watercourse within or adjacent to the boundaries of their land, e.g. a watercourse (river or stream), ditch, or culvert. Legal action could be taken if a lack of maintenance causes flooding.

Our watercourse consenting page explains more about owning a watercourse and you can also visit Gov.UK.